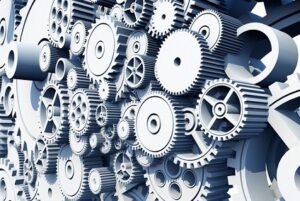 Our famous Baptist predecessor, C.H. Spurgeon, enjoyed showing visitors around the Metropolitan Tabernacle. At the end of the tour he would ask if they wanted to see the church’s engine room, otherwise known as its powerhouse. It would seem that most suspected he was going to take them to a cellar containing furnaces. He did take them to a lower room, but not one containing furnaces, rather the hum and sweat of people praying. Spurgeon believed it was the prayers of the saints which drove the mechanics of the church. Without prayer, his preaching would be of no avail. The pastor’s college, the orphanage, the benevolence groups, the Sunday School, etc. would accomplish nothing of eternal value. He insisted on a corporate prayer meeting. He preached on the necessity of the church coming together to pray. He wrote about prayer meetings. While prayer is necessary, let us be clear, God does not need our prayers. We need to pray because God calls us to pray, and He works through our prayers. The New Testament emphasizes, the early church was a praying church.

Acts 1:14, “These all continued with one accord in prayer and supplication………….”

Acts 2:42, “And they continued steadfastly in the apostles’ doctrine and fellowship, in the breaking of bread, and in prayers.”

Acts 4:31, “And when they had prayed, the place where they were assembled together was shaken; and they were all filled with the Holy Spirit, and they spoke the word of God with boldness.”

Acts 12:5, “Peter was therefore kept in prison, but constant prayer was offered to God for him by the church.”

Let me encourage four things from you:

> Consider afresh the necessity & the value & the blessing of earnest corporate prayer.

> Be committed to attending a weekly prayer meeting. This will involve sacrifice.

> Be committed to praying privately, not just at the prayer meeting in the presence of others.

> Consider whether your dwelling might be suitable for hosting the prayer meeting – if not at present, perhaps in the future.

“Believe me, if a church does not pray, it is dead. Instead of putting united prayer last, put it first. Everything will hinge upon the power of prayer in the church…………..If a church is to be what it ought to be for the purposes of God, we must train it in the holy art of prayer. Churches without prayer-meetings are grievously common. Even if there were only one such, it would be one to weep over. In many churches the prayer-meeting is only the skeleton of a gathering: the form is kept up, but the people do not come. There is no interest, no power, in connection with the meeting. Oh, my brothers and sisters, let it not be so with you! – C.H. Spurgeon.