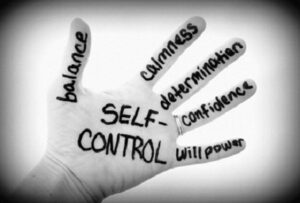 Jude 1:3, “Beloved, while I was very diligent to write to you concerning our common salvation, I found it necessary to write to you exhorting you to contend earnestly for the faith which was once for all delivered to the saints.”

We may find ourselves in situations where we must disagree with someone over issues related to faith and practice. The Lord Jesus is our example. He was not afraid to call a ‘spade a spade’ when necessity was laid upon Him. The same was true of the apostle Paul. Ministers must contend for the truth in their sermons. Preaching which never consciously addresses the waywardness of people is bereft of truth – I can say this because the Bible continually addresses the waywardness of people. In setting forth what we must believe and how we must live, scripture rebukes the contrary.

And so, almost certainly, there will be occasions when Christians should be willing to say ‘I disagree with you and this is why……………’ It is one thing, however, to be a contender or a defender of the truth, it is another thing altogether to be of contentious spirit. Rightly contending for the truth is to honour the Lord. The contentious person dishonours the Lord and does more harm than good.

* The contentious person enjoys the fray – they like the ‘argy-bargy’ of getting their teeth stuck into an issue – or rather, an opponent. It makes them feel good to exert themselves and prove a point. The fight is what’s it’s about, not the truth.

* The contentious person will make an issue of almost anything – they lack the discernment to know what is primary and secondary to salvation. They live in a black and white world, if they believe something, whatever it is, it is worth dying for. They would rather split hairs than rest on common ground.

* The contentious person doesn’t know when to stop – if their prey is not up for the fight or lost interest, they keep going regardless. Like sharks which taste blood in the water they are hungry to devour the meal.

* The contentious person lacks grace – they do not engage with humility or caution, they have no qualms shouting down, causing embarrassment, using ridicule or belittling. They see themselves as the prophetic fulfillment of Elijah – warriors for the truth overcoming the Ahab’s of this world.

* The contentious person is unteachable – always confident in their own understanding they will not be schooled by anyone who disagrees with them. They are quick to speak and slow to listen. They don’t interact with other opinions, they merely object to them.