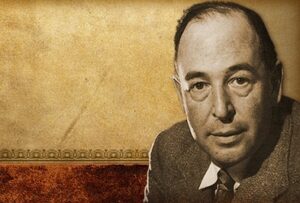 One of C.S. Lewis’s most quoted expressions is “chronological snobbery”. Lewis did not coin the phrase, that distinction belongs to Owen Barfield, a fellow Inkling and one of Lewis’s closest friends. Chronological snobbery is the belief that the latest ideas are the best ideas. If it is old it is outmoded. Current thinking is up to date and therefore the most relevant and the most helpful. Lewis defined it like this: the uncritical acceptance of the intellectual climate common to our own age and the assumption that whatever has gone out of date is on that account discredited. A generation after Lewis, J.I. Packer observed the same attitude: the newer is the truer, only what is recent is decent, every shift of ground is a step forward, and every latest word must be hailed as the last word on its subject. These men were alarmed at how the old authors and books were being jettisoned.

Warnings of succumbing to chronological snobbery are nothing new, we find them in the Bible. Jer 6:16, “Thus says the LORD: “Stand in the ways and see, and ask for the old paths, where the good way is, And walk in it; Then you will find rest for your souls.’” Israel had abandoned the ways of God – the ancient paths substituted for an alien idolatrous way of walking. Jeremiah was calling them to return to the old established truths.

Lewis’s concern over chronological snobbery can also work in reverse. The attitude that says, if it’s old it must be right, or it must be good, or it must be better. We dare not question ideas that have been passed down. We dare not think we can improve upon those who have gone before us. A minister back in Adelaide used to say, “if it is true it is old and if it is old it is true.” That is simply not the case. Heresy is as old as the Garden of Eden. Truth is old, so are the sermons and books which misrepresent and distort it. An embossed cover, gilded pages, and musty smell do not guarantee the quality of a book’s contents. Some of the old hymns, staples in evangelical churches are sentimental tripe while others promote false teaching.

Chronological snobbery in reverse means that we glamorise the past. We opine over the great preachers and theologians buried long ago. We scoff at the person who reads the modern abridged version of John Owen rather than wading through 600 pages of archaic language requiring continual use of a dictionary. We imagine in former times the saints lived impeccably godly lives and certain anointed ones spoke with almost infallible authority. We can be like those in Ezra’s day who wept when the new temple was being built. It was but a shadow of the former temple. They failed to acknowledge the work of the Lord in the present.