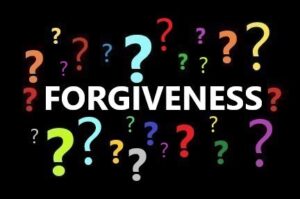 We have seen on the news after a murder or an accident caused by negligence that the family of the victim forgives the culprit. This is before any acknowledgment of guilt and remorse. It is considered to be “Christian” to do so. Christians forgive no matter what. But is this Biblical? No it isn’t. It is to misrepresent what forgiveness involves. God does not forgive no matter what, and I contend, neither should Christians. God forgives on the basis of repentance. He does not simply overlook guilt. Nahum 1:3, “The LORD is slow to anger and great in power and will not at all acquit the wicked.” Was Esau forgiven? Was Pharoah forgiven? Was Jezebel forgiven? Was Judas Iscariot forgiven?

David prays in Psalm 139:19-22, “Oh, that You would slay the wicked, O God! Depart from me, therefore, you bloodthirsty men. (20) For they speak against You wickedly; Your enemies take Your name in vain. (21) Do I not hate them, O LORD, who hate You? And do I not loathe those who rise up against You? (22) I hate them with perfect hatred; I count them my enemies.” David was not a wrathful man who struggled to forgive wicked people. He committed heinous sin, and he knew he was worthy of judgement. As a recipient of forgiveness, he understood his responsibility to forgive others. In Psalm 139 David recognises that the wicked will always be in the world, they will not turn to the Lord and therefore he prays that God would justly judge them. The ultimate separation of the just and the unjust is a good thing.

If God does not unreservedly forgive, neither should we. Are we greater than God in mercy? Can we rightly go where He is not prepared to go? There are three main problems with unreserved forgiveness.

> Unreserved forgiveness is the basis of Universalism – in the end everyone is saved irrespective of whether they repent or not.

> Unreserved forgiveness fails to address issues between people which need to be resolved. Why bother going to someone with an offense if they are already forgiven. And if they are forgiven why would a matter ever be brought before the church?

We must always be willing and desirous to forgive (Matt 18:21-22, Luke 17:3-4, Luke 23:34). But we must not cheapen forgiveness by detaching it from repentance. To express forgiveness is to say that the matter is dealt with. It is no longer an issue the offending party needs to acknowledge and address.