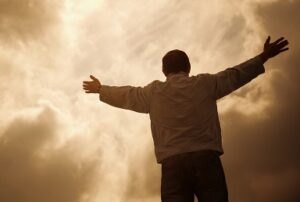 There is this thing called ‘acts of random kindness.’ It is when someone performs an unexpected deed such as paying a stranger’s bill in a café. It takes other forms as well. An artist in New York draws portraits of commuters while travelling on the train, he then gives the picture to them. The recipients are often quite overwhelmed with appreciation. A memento from an otherwise ordinary train ride. There are websites with ideas for those wanting to perform acts of random kindness – buying gifts for people, saying nice things, initiating or getting involved in community projects, giving to the homeless, becoming a volunteer, the list is endless.

Some people, however, have turned this practice into nothing more than a social media stunt. The unassuming recipient is filmed while receiving the random act which is then uploaded onto the internet. They unexpectedly and unwantedly find themselves being viewed millions of times. Furthermore, some of the acts can hardly be described as kind, such as hugging strangers. Someone minding their own business is given a hug they do not want and then they  appear on the internet which they also do not want. In these cases, the random act is not about the receiver but about the giver. It is not about kindness shown to another, it is about a person who wants to draw attention to themselves. Christ warns about this kind of behaviour.

Christ applies the same principles to prayer and fasting. When you pray, don’t draw attention to yourself with long winded eloquent prayers in front of others. Pray in the secret place where God alone hears and rewards. When you fast, don’t make it obvious by looking emaciated – or telling everyone. Keep it between you and God.

There are three lessons in these principles (and many more) –

Right motivation – think about why you intend to do something. Do you really want to help because you care, do you really want God to be glorified, or do you want to draw attention to yourself? If we are not motivated by love for God and others we are wasting our time (1 Cor 13).

Be discreet – not everyone needs to see or hear what you do. Sometimes only God should know. If it’s appropriate for others to know, keep it low key. Service is a privilege, rejoice in the privilege whether others know about it or not.

God’s approval is better – The self-serving get their egos massaged and they have their reward. The self-effacing are rewarded with fruitfulness and greater opportunities. Whose reward do you desire – God or mans?

The Bible is clear, we should serve in God’s kingdom. But not all serving is godly serving.