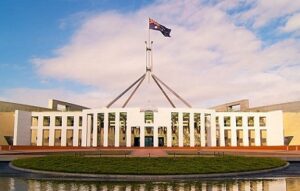 I don’t think many people are happy with government in this country – or probably anywhere in the world for that matter. Whether state or federal, everyone has their complaints and concerns. From a Christian perspective, there often seems little to separate the two major parties. It’s a question of which one will hurt the least. Believers are justifiably alarmed at the anti-Christian sentiment when it comes to freedom of speech / freedom of religion. Believers are justifiably alarmed at the rise and power of “cancel culture.” Believers are justifiably alarmed at the proliferation and acceptance of immorality. Tolerance and discrimination are the buzz words of the day, for people of faith it means tolerating the intolerant while being discriminated against. Wickedness is on the march, and it is empowered by those trusted to govern. How should we respond?

1 Tim 2:1-2, “Therefore I exhort first of all that supplications, prayers, intercessions, and giving of thanks be made for all men, (2) for kings and all who are in authority, that we may lead a quiet and peaceable life in all godliness and reverence.” Praying for the Lord to help our leaders makes perfect sense and the reason is given in v2. But thankfulness for governments responsible for the sexualising of children, allowing the unnecessary taking of human life, the marginalising of Christian people by supressing the truth? Why exactly are we to be thankful?

* Bad rulers are most often preferable to no rulers. What would life be like if no-one was in charge. Anarchy is not a viable option to Anthony Albanese – I know this may surprise some of you but it’s true. All politicians, even the good ones make poor decisions and sin. Only in the New Heavens and new earth will we have perfect government. God quite deliberately keeps us from “utopia” so we long for and strive for that better place.

* Every government official is in office by command of the Lord. Liberal voters didn’t make Scott Morrison Prime Minister, God did. God fulfils His purposes through all people whether they worship Him or not. Thanksgiving is not to be made for ungodly legislation, but that Christ is on His throne and accomplishing His purposes even through such legislation. When Paul wrote his letters, it was even harder to see this reality. We walk by faith not by sight.

* It is easy to overlook the peace, the stability, the standard of living, and the opportunities that are maintained by the ruling authorities. In spite of the fact many do not seek the wisdom of God, society on the whole functions well. It is not perfect, but apart from God’s common grace working through the parliamentary process it could be a whole lot worse. The majority of people live safe and comfortable lives in this country.

* Praying for our rulers may also mean praying against them. Obviously, thankfulness is not to say we must approve of their decisions. We are to be thankful for the reasons stated above, and still bring our complaints to the Lord. If we feel it is necessary, we may legitimately pray that God would intervene and remove them. The imprecations in scripture indicate as much. This principle could be applied to the rule of the Taliban for example.

Thankfulness in all of life’s situations is not an option. To be unthankful is to fail to acknowledge the sovereignty, the goodness, the wisdom, and the mercy of Almighty God.