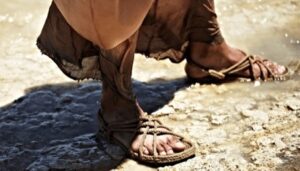 Christmas is a time when attention is given to the incarnation. Well, actually, Christians give attention to the incarnation every day, particularly each Lord’s Day. Nevertheless, Christmas brings the incarnation into specific focus in a broader context. The online Britannica provides the following definition – Incarnation: central Christian doctrine that God became flesh, that God assumed a human nature and became a man in the form of Jesus Christ, the Son of God and the second person of the Trinity. Christ was truly God and truly man. The doctrine maintains that the divine and human natures of Jesus do not exist beside one another in an unconnected way but rather are joined in him in a personal unity that has traditionally been referred to as the hypostatic union. The union of the two natures has not resulted in their diminution or mixture; rather, the identity of each is believed to have been preserved.

Born to Mary who was still a virgin, Jesus of Nazareth lived a perfect life, died a judicial death, and rose from the dead in order to restore us to God. No incarnation = no salvation. Many of the world’s religions, however, claim that such a view is false. He never called Himself God the cry rings out (He did actually). Here are three reasons from the Gospel records as to why we must accept the true humanity and deity of Jesus Christ. I offer no comment, only the verses themselves.

Jesus referred to Himself as God:

Jesus was referred to as God:

John 1:1-4, “In the beginning was the Word, and the Word was with God, and the Word was God. (2) He was in the beginning with God. (3) All things were made through Him, and without Him nothing was made that was made. (4) In Him was life, and the life was the light of men.” John 1:14, “And the Word became flesh and dwelt among us, and we beheld His glory, the glory as of the only begotten of the Father, full of grace and truth.” John 1:18, “No one has seen God at any time. The only begotten Son, who is in the bosom of the Father, He has declared Him.” John 20:28, “And Thomas answered and said to Him, “My Lord and my God!”

Jesus was worshipped because He is God:

Matt 2:11, “And when they had come into the house, they saw the young Child with Mary His mother, and fell down and worshiped Him. And when they had opened their treasures, they presented gifts to Him: gold, frankincense, and myrrh.” Matt 14:33, “Then those who were in the boat came and worshiped Him, saying, “Truly You are the Son of God.” Luke 7:37-38, “And behold, a woman in the city who was a sinner, when she knew that Jesus sat at the table in the Pharisee’s house, brought an alabaster flask of fragrant oil, (38) and stood at His feet behind Him weeping; and she began to wash His feet with her tears, and wiped them with the hair of her head; and she kissed His feet and anointed them with the fragrant oil.”

This list does not include anything in relation to His sinless life, His granting forgiveness of sin, His teaching, or His miracles. It does not include anything from the Old Testament, nor the New Testament epistles. The scriptural evidence that God took upon Himself flesh, is overwhelming. Who is that little baby born in the manger? He is not only Mary’s son according to the flesh, He is the Son of God – God the Son – the only begotten of the Father – full of grace, full of truth.

Let us reflect upon the glorious incarnation this Christmas and let us live in the light of it every day. God joined Himself to humanity, that we might be joined to God. Have a blessed holiday season.