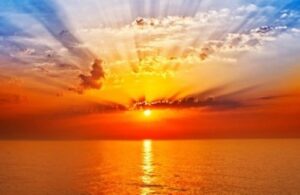 Two German soldiers sat huddled in a trench on the Eastern Front. It was cold and frosty and with light fading, Johann, a young and newly arrived recruit took from his jacket pocket a wallet. He opened it to reveal a picture of his sweetheart. The other man, Klaus, a seasoned veteran asked about her. They were engaged shortly before Johann left to fight. Johann asked Klaus if he had a girl back home. “Yes”, was the reply, “I have a wife, but I am married now to this war. I will probably die in her arms. Even if I live, I have been here for so long my wife doesn’t know me anymore, why would she wait for me?” Klaus was right, he died in the arms of the war. Johann lived to tell the story.

At the heart of marriage are the ideals of devotion, loyalty, and exclusivity. Over the last 18 months we have celebrated five weddings. Each couple avowed themselves to one another before God and witnesses on the basis of these ideals. Married life for them is now underway. Should the commitment to these ideals be broken through neglect, abuse, adultery or desertion, the marital covenant has been broken. Sadly, for these reasons too many marriages end in divorce.

In another sense, every individual is married irrespective of their status. We are married to a way of life; a set of values and ideals; a world view. Klaus was committed to fighting an enemy, so invested was he in the task that he said he was married to it. The war had shaped him as a person, consumed his life, he couldn’t see a future without it. The war had become an end in itself. It is common for people to be described as married to their careers. Some don’t have time for a spouse or children. They are prepared to sacrifice and do what it takes to get where they want to be. Those who do have a spouse or children run the risk of losing them due to their devotion to work. Every unconverted person is wedded to a life lived in the flesh. They are committed to fulfilling the kind of lifestyle that suits them. It could involve sexual pleasure, substance indulgence, physical training, material gain, financial security, artistic expression, fame, power, popularity, ambition, status, and the list could go on.

To live as Christians, we must be wedded to the Lord and His purposes. For this reason, the church is called the bride of Christ. He is to occupy the throne of our hearts, He is to be king of our affections, His will must be our priority. To put things before Christ is to be like a spouse with someone on the side. Jesus said, if you love husband or wife more than Me, you are not worthy to be My disciple. Throughout the Old Testament the idolatry of Israel is called adultery. The nation was guilty of fornicating with the false gods of this world.

And so, we are all married. Either we are married to humanistic ideologies, or we are married to the Lord of glory. Marriage is a wonderful gift, and we rejoice when God brings a couple together. But this is merely designed to reflect something far richer, longer lasting, and of greater value – the relationship between Christ and the church. As Christians, may we demonstrate the joy, the satisfaction, the security, the contentment, and the commitment that belongs to those who are wedded to Christ.