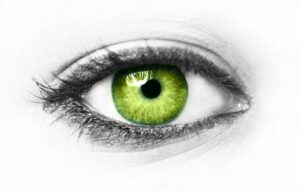 Of all the many interesting passages in the book of Revelation, one in particular is quite pertinent to present day discussions and debates. Rev 11:18, “The nations were angry, and Your wrath has come, and the time of the dead, that they should be judged, and that You should reward Your servants the prophets and the saints, and those who fear Your name, small and great, and should destroy those who destroy the earth.”

On that great and awesome day, God will reward those who have honoured His name and He will destroy those who have destroyed the earth. The idea of “destroy” is to ruin, to corrupt, to cause decay, to make something perish. For thousands of years human beings have ravaged and depleted the earth’s recourses; waste material abandoned making land and waterways desolate; animals hunted to extinction and habitats destroyed. It is a picture of self-indulgence and negligence, living for the here and now without any thought to anyone else particularly future generations. God is not indifferent to this kind of behaviour. It is one of the characteristics of unbelief, and those who have abused the earth will be dealt with accordingly.

This issue obviously takes us back to the beginning and God’s attitude to creation and what He expects from us. At the end of each of the creation days, God was pleased with His handiwork and declared “it was good”. He commissioned Adam to care for the garden, subdue the world around him, be fruitful and multiply. The point to having children was for the next generation to carry on with the creation mandate. Psalm 8:6-8 picks up on this theme, “You have made him to have dominion over the works of Your hands; You have put all things under his feet, (7) all sheep and oxen—Even the beasts of the field, (8) the birds of the air, and the fish of the sea That pass through the paths of the seas.” The psalmist is expressing the language of stewardship. We have been given dominion over all things as God’s vice regents. The earth is His and He has entrusted it to us.

If Christians are concerned to do the will of God, it means we must be concerned to care for creation. Pollution, waste disposal, land management, use of resources, the treatment of animals, preservation of endangered species, etc. fall within the scope of practical Theology. We do not worship “mother earth”, but being worshippers of Father God, the God of creation, we are to embrace a Biblically based outlook. We should love this world because God loves this world, it is included in His plan of redemption just as we are. The Lord Jesus Christ has the earth’s dust in His DNA, and He will resurrect the earth from its fallen state even as He resurrects human beings from their fallen state.

Practically speaking, creation stewardship will vary from person to person. It is a very broad subject and opinions and approaches to many issues differ. Not everyone is agreed upon global warming or how best to address it. But we can at least say this: as Christians, we are to be mindful of our responsibilities in this world and seek to understand the environmental concerns which involve us and how we can best honour the Lord – even though we may not agree on every point.

A helpful recourse and a good place to get us thinking is the book A Different Shade of Green by Gordon Wilson.