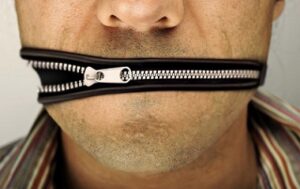 The fool is the person who is wise in their own eyes; the person who does not like to listen to anyone else; the person who is contentious and more interested in debates and splitting hairs than truth. If we encounter such a person, in what way should we respond. Taking Solomon’s approach, how can we answer and not answer at the same time? What Solomon means in this apparent contradiction is that there is a kind of answer which is appropriate and a kind of answer which is not.

“Do not answer a fool according to his folly” is a warning not to suppose that you can engage with someone in a meaningful way if they don’t want to listen. According to Prov 4:18, the fool is deceptive. The fool is not actually looking for answers or to understand another perspective. Their mind is already made up. Trying to reason with them will unwittingly give credibility to their nonsense. Furthermore, you won’t get anywhere. You will end up bogged down in pointless questions and futile debates. Fall into the trap and you become like them says Solomon – foolish.

Jesus’ teaching in the sermon on the mount echoes the counsel of Solomon. Matt 7:6, “Do not give what is holy to the dogs; nor cast your pearls before swine, lest they trample them under their feet, and turn and tear you in pieces” Jesus did not bite when the Jewish leaders sought to trip Him up. They organized false witnesses whose testimonies were clearly fabricated, and He didn’t respond. Had He answered He would have given credibility to their lies.

In the same breath Solomon says, “answer a fool according to his folly”. This is an exhortation to use scripture and common sense to expose the fool for what he is. In Mark 12 the Sadducees mock the idea of resurrection by asking Christ a ridiculous question – if a woman has seven husbands in this life, whose wife will she be when they are all raised from the dead? The Sadducees claimed to believe the Pentateuch (the teaching of Moses), but they were fools, ignorant of the fact that Moses pointed to the resurrection. Jesus hit right back and exposed their ignorance “you do not know the scriptures or the power of God……have you not read in the book of Moses……” In this instance, it would not have been right for the Sadducees to walk away as though they had exposed Jesus’ teaching as false. They were the ones who didn’t believe their own scriptures.

Confronted with folly, it can be better to keep quiet. Attempt to reason with a fool and you become a fool. On other occasions the fool begs for a response – not an attempt to reason but a rebuke. Let the fool eat his words– “lest he be wise in his own eyes”. This seemingly contradictory proverb calls for discernment. Sometimes we should answer and sometimes we should refrain – it all depends on the person involved, what they are asking or saying, their temperament, the circumstances, etc.

May the Lord give us wisdom to know how to interact with people, even difficult people in a godly way.