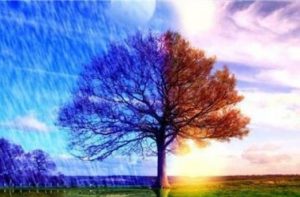 The story of humanity begins in a garden paradise. The story of the redeemed concludes in a garden city. In the first garden, Adam and Eve – the parents of the human race were placed in an idyllic setting. The Garden of Eden was set up as a kind of sanctuary or temple in which they were free to enjoy one another, enjoy their surroundings and enjoy fellowship with God. They were given the task of subduing the earth which meant venturing outside their home in the garden. Fulfilling this task involved understanding the world that God had given them; harnessing the resources of creation and using them productively and creatively. They were also to populate the earth with offspring. These tasks were both rewarding and enjoyable; there was no shame in their nakedness and no strife to cause any kind of discomfort.

There was however a catch. The future of the garden and indeed the human race rested with Adam’s obedience to God’s will. The garden was created with the possibility of sin entering in, and as we know that is precisely what happened. Adam ate of the forbidden fruit and brought a curse upon the universe. The garden as a temple ceased to exist; fellowship with God was severed; thorns and thistles became part of the created order; by sweating and striving people would make their way in life.

Rev 21-22 describes another garden; a better garden. The garden of Gen 1-3 was a paradise of sorts but it wasn’t perfect in the sense that sin could enter in. The second garden is perfect; there is no possibility of sin. It is an unusual garden in that it is a garden city. The cities of this present world are so often characterised by pollution, crime, poverty, disunity, over crowding, etc. The beauty of the garden city is beyond description – humanly speaking, John is searching for words – it is built of gold and precious stones. It has at its centre the tree of life; flowing through it is a life giving river (I will explain their significance in another bulletin devotional). The garden city is paradise perfected because it is the dwelling place of Christ and His people.

In the presence of Christ there is no place for tears; there is no place for suffering or regret; there is no place for disunity, confusion or uncertainty. All that is associated with the world in its fallen state has been banished. If we want to have some concept of the new heavens and the new earth, it is helpful to look back to the Garden of Eden, but we need to understand that the new version will be far better. We are told that this garden city has no sun or moon; the glory of God illumines it and Christ is its light. Paradise not simply restored, but paradise perfected. What will we be doing? We will be fulfilling the purposes of God as we worship Him in and through the Lord Jesus Christ.

With a sense of wonder and earnest expectation we await a better home and garden. Even so, come quickly Lord Jesus.