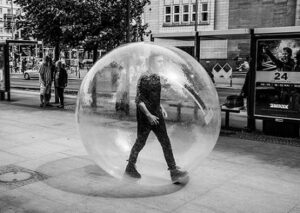 The scriptures exhort us to hunger and thirst after righteousness. We are to pursue knowledge and wisdom with the vigour of a man hunting for silver and gold. Christianity gives no place to half-hearted casual interest. It is all or nothing. To the lukewarm Jesus says, “I will vomit you out of My mouth”. We are to prioritise the kingdom of God so that comparatively speaking, it’s as though we hate those closest to us. If necessary, we must be prepared to pay the ultimate price and die if it means faithfulness to Christ.

Ecclesiastes 7:16 may therefore come as a surprise – “do not be overly righteous, nor be overly wise: Why should you destroy yourself?” Is it possible to be too Godly or too wise? Solomon cannot be contradicting the rest of scripture; he is obviously referring to a kind of fanaticism. Some people are so intense about faith that it becomes unhealthy and unrealistic. They expect things of themselves or others that God doesn’t expect. They are unable to rest in salvation and enjoy God. They take Biblical principles beyond what is warranted, or they take up issues which have no Biblical warrant in the first place. They manage to find evil in what God declares to be good. It ends up destroying them.

I knew a man years ago who told me that his alarm was set so he could rise in the very early hours of the morning in order to pray. It seemed to be his badge of honour. Solomon says is in Psalm 127:2, “It is vain for you to rise up early, to sit up late, to eat the bread of sorrows; For so He gives His beloved sleep” Discipline is a good thing, but not in the extreme. This fellow went from church to church to church, always complaining that the people were not earnest. He referred to them as “Sunday Christians”. Out of the blue I had a chat with him about twelve months ago; he hasn’t been to church for years. His adult children do not go to church. I suspect he doesn’t pray at all now. Time has proven, he was neither righteous nor wise.

There are believers who cut themselves off from the world in order to maintain their purity. Jesus didn’t do this nor did the apostles. I was once told by a man in a Christian bookstore that it is sinful to buy books from Amazon because of the godless material they sell. Should I stop going to supermarkets for the same reason? The Jews refused to handle Roman coinage because it bore Cesare’s image, yet Christ had no such qualms. Where do you draw the line? There is a kind of religious outlook which Solomon warns against because it is detrimental – people become insular, detached, self-righteous and judgemental. In the end it destroys.

• True righteousness begins with the inner life; it is the work of the Holy Spirit and manifests itself graciously and intelligently
• True righteousness allows us to enjoy God’s provision while not succumbing to self-indulgence
• True wisdom involves knowing how to live in the world without being conformed to the standards of the world
• True wisdom listens to others not supposing that it has everything worked out; it leaves room to be taught and corrected
• True righteousness and true wisdom means being serious about the things of God yet in such a way that it is not unrealistic, unreasonable, and fanatical