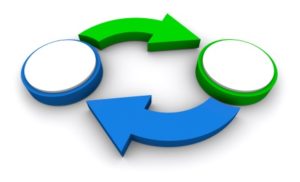 The idea of substitution often carries negative connotations. The inference being that the substitute is a mere replacement; an alternative to the real thing; second best. No one wants to be a substitute on the sports team – the person who only gets to play when someone else is fatigued or injured. Veneered particle board or MDF is regarded by many as a cheap alternative to ‘real’ wood. Furniture is consequently advertised as being made from solid timber in order to distinguish it from the so-called inferior substitutes. Many ingredients and food products are substitutes for what was traditionally used; the idea of course is to provide a healthier alternative although most people know that the taste just isn’t the same.

Jesus Christ came into this world as a substitute. He is not however, a second rate alternative. He has accomplished for us what the first man Adam did not accomplish and what we cannot accomplish for ourselves.

Christ lived on our behalf: Adam, our representative in the Garden of Eden failed. He was created upright but capable of sin. He chose disobedience over obedience catapulting the world into rebellion against God. Jesus Christ, the ‘second Adam’ or ‘substitute Adam’ succeeded where the first failed. As the Son of God He is not capable of sin and He kept God’s law perfectly on our behalf. When we are saved through faith we can never fall away because He can never fall away; we are eternally secure in Him. 1 Cor 15:45, “And so it is written, “The first man Adam became a living being. The last Adam became a life-giving spirit”.

Christ died on our behalf: He represented us in life and He represented us in death. Jesus died as a substitute in the place of sinners receiving what we deserve – God’s fiery wrath. When we trust in Him for the forgiveness of our sins His sinless perfection (including His law keeping) is credited to us and our guilt is taken away at the cross. This is called ‘double imputation’ – we are made judicially righteous through Him, as He was made judicially unclean through us. 2 Cor 5:21, “For He made Him who knew no sin to be sin for us, that we might become the righteousness of God in Him”

In the case of humanity, the original wasn’t superior to the substitute but vastly inferior. Thank God for the glorious substitution of the Lord Jesus Christ!