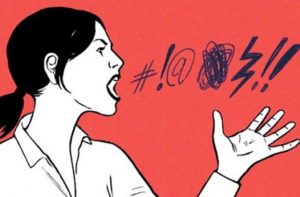 What does it mean to take the Lord’s name in vain (Exodus 20:7)? The concept of ‘vain’ speech is to speak in a futile or worthless way; it is to speak falsely. When people speak of God in an unbefitting manner His name is blasphemed which means He has been cursed or insulted. Most often we associate blasphemy with the name of Jesus Christ or God being used as a curse word (although God’s name isn’t actually God).

Blasphemy however, according to the definition involves more than just uttering an expletive. There are other angles to this sin of which we need to be aware.

A. Teaching falsely is blasphemous: to teach error is to distort and denigrate the truth; it is to say things about God and His purposes which are flawed. When falsehood is attributed to God His name is taken in vain. We so often think of false teaching in terms of the damage it does to people but our first concern should be what it does to God. False teaching is to misrepresent and insult Him. We therefore need to be careful what we declare to others in relation to God.

B. Claiming divine inspiration without warrant is blasphemous: when people make statements such as ‘God told me’; ‘God laid it on my heart’; ‘God has given me a word’ they are claiming to have received divine personal revelation. But what if it isn’t the case? Feeling compelled to act on the basis of Biblical principles is not the same as God speaking to us in a direct supernatural manner. To say that God has revealed something to us when He has not is a form of blasphemy because once again we are misrepresenting Him. We are actually placing ourselves on the same level as the apostles and prophets who acted with unique divine authority. How many people have said and done things of their own volition claiming that God had ‘moved’ them?

C. Living hypocritically is blasphemous: just because we refrain from using blasphemous words does not mean that we have kept the third commandment. What if our actions and behaviour cause other people to speak of God in a derogatory way? Are we not guilty of blasphemy by proxy? Rom 2:24, “the name of God is blasphemed among the Gentiles because of you” If we live by double standards and those around mock the Christian faith as a consequence, we have been instruments of blasphemy. Blasphemy is just as relevant to actions and behaviour as it is to words; it is also relevant to the effect we have on others.