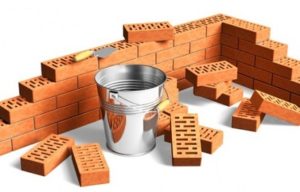 As I was contemplating what to write for the January bulletin, news came that the volcano on White Island in New Zealand’s Bay of Plenty had erupted. The next day (Dec 9) there was five confirmed fatalities; eight people were missing and thirty-one in hospital. The privately owned island has been a tourist destination for decades; one of Kylie’s friends was due to visit two weeks after the eruption. According to scientists the level of risk had risen in the last couple of weeks, but nothing indicated that an eruption was imminent. As one scientist described it, “if you were close to it, you probably wouldn’t experience any ground shaking or extra warning signs before it happened – it just goes bang and then you are in big trouble.”

Somewhere in the region of 10 000 people visit the island each year and although it is NZ’s most active volcano obviously no-one thinks it will ‘clear its throat’ when they are there. I understand the desire to look into the mouth of a volcano; if I was at the Bay of Plenty on holiday I am fairly sure I would have taken the trip to White Island. Perhaps not the wisest choice had I made it. In some respects what happened is a microcosm of life itself. We all know that life is unpredictable and can be dangerous, yet we never imagine that we will get caught up in such a situation. The odds may be very small of experiencing a volcanic eruption; people’s lives however are turned upside down in the most devastating ways every day of the week.

Who knows what 2020 has in store for us. We are living in an unpredictable world – society is rapidly changing, the spectre of terrorism casts an ever present shadow, international relations are volatile, the church faces increasing challenges on different fronts. Then there are the personal matters of health, relationships, work, finances, etc. Who knows whether or not a volcano in 2020 will unexpectedly erupt under our feet.

We can’t see into the future but we can face the future standing upon a firm foundation that will not give way. What makes for a firm spiritual foundation?

In Jesus Christ we have a rock greater than life’s volcanos. Psalm 62:2, “He only is my rock and my salvation; He is my defence; I shall not be greatly moved”