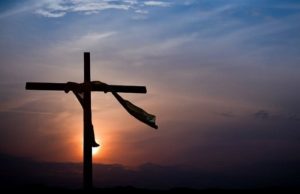 If Jesus is God and Jesus died on the cross, does this mean that God died on the cross? The short answer is no because God cannot die. Having said this, the answer isn’t quite that simple. Who paid for the penalty of our sins? God paid for the penalty of our sins at Calvary. Notice the language in Acts 20:28, “Therefore take heed to yourselves and to all the flock, among which the Holy Spirit has made you overseers, to shepherd the church of God which He purchased with His own blood” God purchased the church with His own blood. How can the eternal, transcendent, infinite God die? We are helped by the Chalcedonian Creed here.

We, then, following the holy fathers, all with one consent teach men to confess one and the same Son, our Lord Jesus Christ, the same perfect in Godhead and also perfect in manhood; truly God and truly man, of a rational soul and body; coessential with the Father according to the Godhead, and consubstantial with us according to the manhood; in all things like unto us, without sin; begotten before all ages of the Father according to the Godhead, and in these latter days, for us and for our salvation, born of the Virgin Mary, the mother of God, according to the manhood; one and the same Christ, Son, Lord, Only-begotten, to be acknowledged in two natures, without confusion, without change, without division, without separation; the distinction of natures being by no means taken away by the union, but rather the property of each nature being preserved, and concurring in one person and one subsistence, not parted or divided into two persons, but one and the same Son, and only begotten, God the Word, the Lord Jesus Christ; as the prophets from the beginning have declared concerning Him, and the Lord Jesus Christ Himself has taught us, and the creed of the holy fathers has handed down to us.

The Creed of Chalcedon makes clear some important realities – Christ has two natures without confusion while being one person. He was an ordinary man in that He had a real human body; He experienced life as we experience it apart from sin. Yet Christ was not an ordinary man in that He is the God-man; humanity was added to deity. While God in His divine essence did not die and cannot die, God shed His blood in the sense that Jesus the God-man died. For this reason Paul says in 1 Cor 2:8 the ‘Lord of Glory was crucified’ – the Lord of Glory is God and the Lord of Glory was put to death.

Wesley was quite right to include in his hymn these words ‘that Thou my God shouldst die for me’. Some people prefer it to be re-worded ‘that Thou my lord shouldst die for me’; but the great hymn writer was simply reflecting scripture. The incarnate God died and made propitiation for our sins. It is profound, it is shocking, it is unfathomable. This is what makes the gospel so incredible and so wonderfully precious. Praise His holy name!